In a relationship, are there really arguments that you should avoid having with your significant other? It’s hard to avoid conflicts in a relationship. Two people who both came from different backgrounds and were raised with different views and ideals, will clash once in a while. Relationship experts state that there are some unhealthy arguments that a couple should avoid having. I’m using the word unhealthy because there are also arguments that are considered as healthy. Healthy arguments are those types that help the couple grow more closer to one another instead of being resentful, distant, and still feeling misunderstood or unheard. 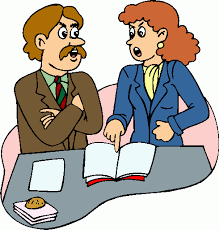 Watch out for these types of arguments:

I know that arguments are messy but the realistic way to really fix relationships would be to talk it out. If you still want the relationship to work, you will have to find a way for the communication between the two of you work. Communication, respect, and forgiveness is important in a relationship. Just as important as love is! Before getting into an argument, ask yourself: can I let this one slide? Do I really have to argue about this with my partner?

If this article has helped you, feel free to subscribe here at Kendrickk Superstarr Youngg! You can browse around our website for more articles like this one. If you have a question or you want to talk, you can drop a comment or send us a message! Have a great day!

4 thoughts on “Are There Really Arguments You Should Avoid Having?”