Humans are interpersonal creatures. Without interaction, we slowly deteriorate and grow weak. The mere fact that depression is increasing rapidly after the COVID-19 Pandemic happened is proof that humans need constant human interaction and they need to go out of their homes. We are social creatures. No matter how much of a loner someone is, or how introverted, we still need a certain amount of interaction with other people.

Many problems can arise when we do not know how to properly communicate our thoughts and feelings. We may get misunderstood or we may offend someone else. I am sure that this is something that you want to prevent from happening.

Sharpening our communication skill is an activity that we need to invest on, because speaking appropriately and clearly can bring great benefits to our life – personal, social, and even in the professional aspect of our life. It is an important life skill. Talking with other people allows us to pass information to them and understand what they are telling us. 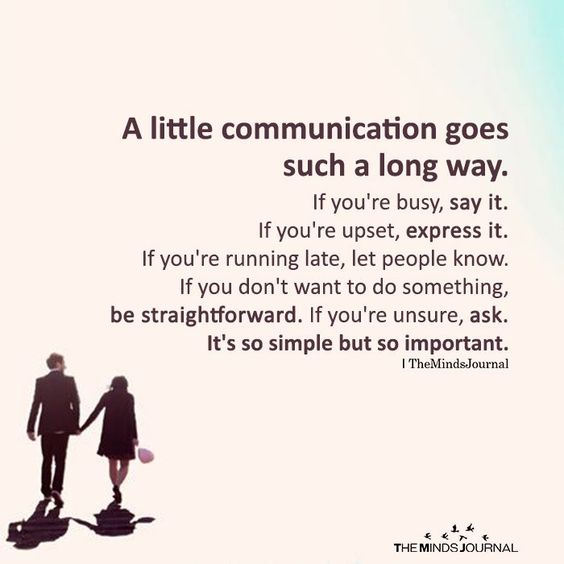 Communication is not only limited to verbal or speaking out loud. Have you ever seen young kids watch cartoons that don’t have a dialogue? Let’s take Tom and Jerry for example. I am sure that you have heard about this cartoon. The cat is named Tom who is forever chasing after the mouse named Jerry. The two characters do not talk, but kids as little as 2 can understand when they are annoyed, angry, sad, happy, or sick. Isn’t it amazing? This is because of the non-verbal cues that they can pick up.

So one way to be a great communicator would be to pay attention to what non-verbal cues you are giving away.

Policemen are taught to catch lairs or thieves through non-verbal cues they are giving out.

Communication is a two-way street and as much as you want to have all the stage to convey your thoughts and feelings, you have to understand that being able to listen is also something that is quite important.

Plenty of relationship books have addressed this concern over and over again. When women talk, they want someone to listen to them, to vent to, to rant to. They just want to let out their feelings and thoughts so they can feel better, but men, being the problem-solvers that they are, give solutions to women. Giving solutions is perfectly okay, but only when it is asked.

A bad conversation between these two genders would go like this:

WOMAN: “I had a really bad day at work. My car was acting crazy and it just stopped working while I was on my way to work.”

MAN: “I told you to get that car checked last week. It was already due for an oil change.”

WOMAN: “Yes, I know but I was so swamped with work. I didn’t have the time to bring it to the shop. I have so many deadlines at work this month. I feel like I’m going crazy! Every task is given to me! It’s so frustrating! And Natalie, my co-worker, she’s adding more pressure to all the tasks that I have to do. She keeps on hovering over me and nitpicking at my work. Telling me that I don’t double-check it because of my mistake last week.”

MAN: “Well, she’s right. You rarely double-check. You’re quite forgetful. You should feel thankful that she takes time to check your work before giving it to your boss.”

At this point, the woman feels a little frustrated because it’s like the man is now against her and scolding her too.

WOMAN: “Whose side are you on? Can’t you just listen?”

MAN: Of course, I’m on your side. And I am listening!”

And the fight will most likely begin. This is not something that you want to happen to your relationship. Women need to learn how to express what they need and men need to listen. Since men are wired to fix things and offer solutions, women need to let the men know that they just need someone to listen to them rant.

A better scenario would be:

WOMAN: Honey, I had a really bad day and I just need someone to tell it to, just so I can feel better and get it off my chest.

When the woman says this, the man is able to relax. He knows what she needs and his mind won’t be working over time to create solutions to her problems but it will just be chilling and ready to listen.

WOMAN: “The car broke down today, in the middle of the highway too. I got stuck there, in the road for almost 45 minutes. I feel like crying. I was so embarrassed! And I was late for work because of it, and my tasks have just piled up. It doesn’t help that Natalie keeps on hovering around me like a hawk, double checking my work. It’s like she thinks I don’t know how to do my job, because of that one single mistake I did last week. It’s just so draining and frustrating.”

Because the man had been actively listening, he hears that his spouse is tired, frustrated, and had a bad day. That’s the problem that he needs to solve. So he offers her a back massage and some ice cream, while she continues to vent out. At the end of the day, the woman feels better, listened to, and loved. The man feels accomplished and proud for making his spouse feel better.

Communication is a win win situation.

When we talk about something we are passionate about, we tend to get emotional. It’s natural because we are invested in the topic. However to become a great communicator, we need to regulate and keep our emotions in check. When our emotions run wild, we may say something that we ought not to. When we let our emotions go, the tone of our voice can change. It may become too sharp and hurtful to listen to.

Tone in talking is important. Some people say that it is even more important than what you are actually saying. You could say the nicest thing but if your tone is sarcastic, too sharp, then no matter how nice, it won’t be taken well. You could offend someone.

So listen to your tone.

Do you have any communication hacks to share? Leave a comment below! We’d love to hear from you! Have a great day!